From Berlin to Jerusalem: Jewish Welfare across Boundaries 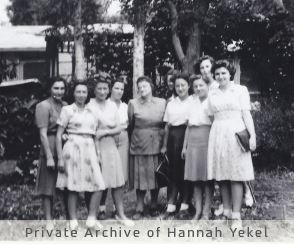 The workshop will focus on the rapid development of social work and social welfare knowledge, methods, and institutions in the 1920s and 1930s in Germany and in Palestine under the British Mandate.  This process was promoted primarily through (mostly, but not only, female) leaders, such as Bertha Pappenheim and Siddy Wronsky, who were engaged in addressing the needs of the Jewish community in pre-WWII Germany and the development of social work as an integral  , professional element of the emerging welfare state.  The workshop reflects the growing interest in the history of Jewish welfare, which transcends national, religious, and political boundaries.  At the same time, social welfare was embedded in conflictual social developments linked to the transformation of the nation state into a welfare state and led to the emergence of social professions with its own knowledge base, methods, and institutions spreading across national boundaries, particularly,  emerged in the 1930s when the social work profession in the Jewish Community (Yishuv) in Mandatory Palestine.  The workshop emerges from the GIF Project: The Transnational History of Social Work between Germany and Israel in the 1930s and 1940s