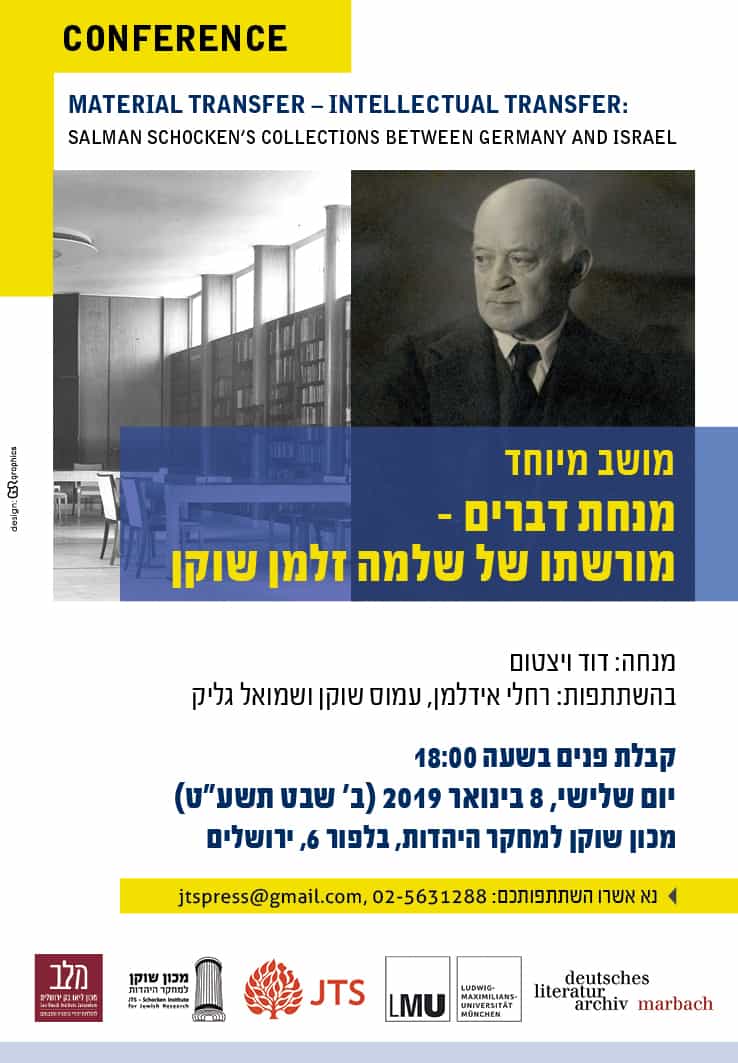 The German-Jewish businessman, publisher and public figure Salman Schocken (1877–1959) was an extraordinary collector of art, Hebrew and German manuscripts, books and autographs as well as an early advocate of the Hebrew University of Jerusalem in Europe and beyond. While his Berlin-based publishing house was liquidated in 1938 / 1939 and Schocken’s department stores were sold to a German syndicate of banks for a price far below their actual value, Schocken managed to transfer a part of the publishing houses’ stocks as well as his private collections from Nazi-Germany to Jerusalem. The conference will discuss the transfer of Schocken’s extraordinary collections and seek to explore their relevance within a history of Jewish migration from Nazi Germany Europe to Mandate Palestine and a German-Israeli transfer of knowledge.