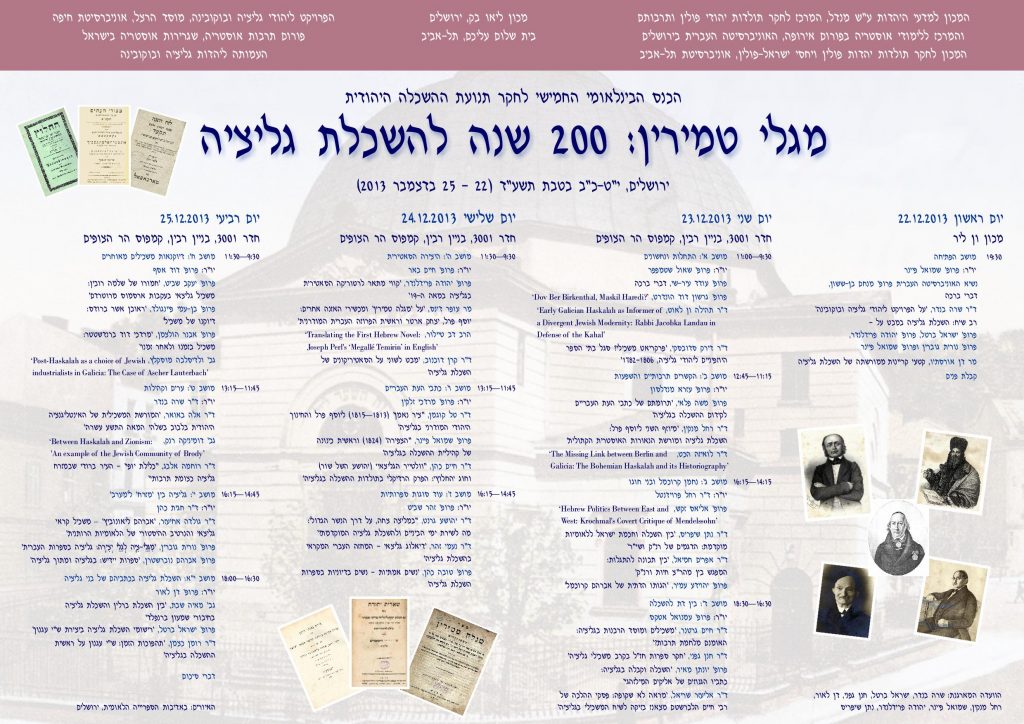 The Fifth International Conference For the Study of the Haskalah Movement

The year 2013 marked the bicentennial of two initiatives that constitutes the beginning of the Haskalah movement in Galicia: the establishment of a modern Jewish school and the composition of a Hebrew maskilic journal by one of the leaders of the movement, Joseph Perl.
Galicia was one of the three major centers of the Haskalah, along with Germany and the Russian Empire. The center in Galicia led the Haskalah in the first half of the nineteenth century, paving new paths in Jewish culture and Jewish thought, ‘Wissenschaft des Judentums’, Hebrew and Yiddish literature, and Jewish nationalism. Despite the central role of the Galician Haskalah in shaping the face of modern European Judaism and the image of the modern Jew, its place in Haskalah historiography is less prominent than that of the other two centers. The conference aimed at a renewed discussion and a comprehensive consideration of the Galician Haskalah.