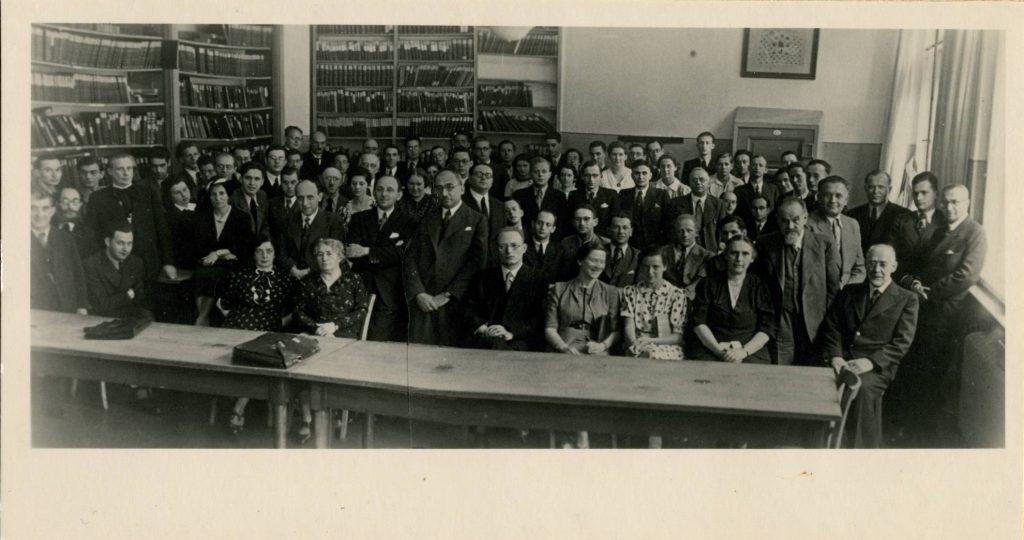 The students and teachers of the Hochschule in the reading room, 1938. Courtesy of LBI New York
Project Description

The project is devoted to the fate, meaning, function and impact of the library of the Higher Institute for Jewish Studies (Hochschule für die Wissenschaft des Judentums) in Berlin, one of the leading rabbinical seminaries in Germany since 1872.

The Hochschule library played a crucial part in the 20th-century history of German Jewry. It became an intellectual home for several generations of German-Jewish leaders, especially those connected to the Wissenschaft des Judentums, who acquired their knowledge and developed their ideas through the vast library holdings. The library consisted of about 60,000 volumes and included personal collections of the orientalists Moritz Abraham Levy and Julius Fürst as well as a book collection of Abraham Geiger, one of the founding fathers of Reform Judaism. It was among the most comprehensive Jewish libraries of scientific and rabbinic literature in prewar Germany.

Despite its vital role in the cultivation of modern German-Jewish Bildung, no scientific examination of the library has been published so far. This is greatly a result of the library’s wartime fate: during Nazi rule, it was plundered, dispersed and incorporated into several institutions concerned with antisemitic “scholarship”. Furthermore, during the Cold War period the archival documentation on its postwar dispersion became extremely scattered, which made the reconstruction of the library’s fate even more difficult.

Against this background, our goal is to map the dispersion of the books from the Hochschule’s library. By following the dislocated volumes, we seek to explore the network of Jewish institutions and intellectuals that were engaged in the salvage of Nazi-looted books after the war. In the project, we will adopt two complementary approaches. The first approach consists in investigating the archival holdings of the National Library in Israel, which was one of the major recipients of the Nazi-looted libraries and the Hochschule’s books in particular. The second approach is to conduct an extensive provenance research in the book collections of the Leo Baeck Institute Jerusalem, among which some of the books that belonged to the Hochschule are to be found, and to recreate their routes from Europe to the institute’s holdings. This proposed dual method will demonstrate what the history of the library can reveal about the status of German-Jewish heritage in Israel after the Holocaust. 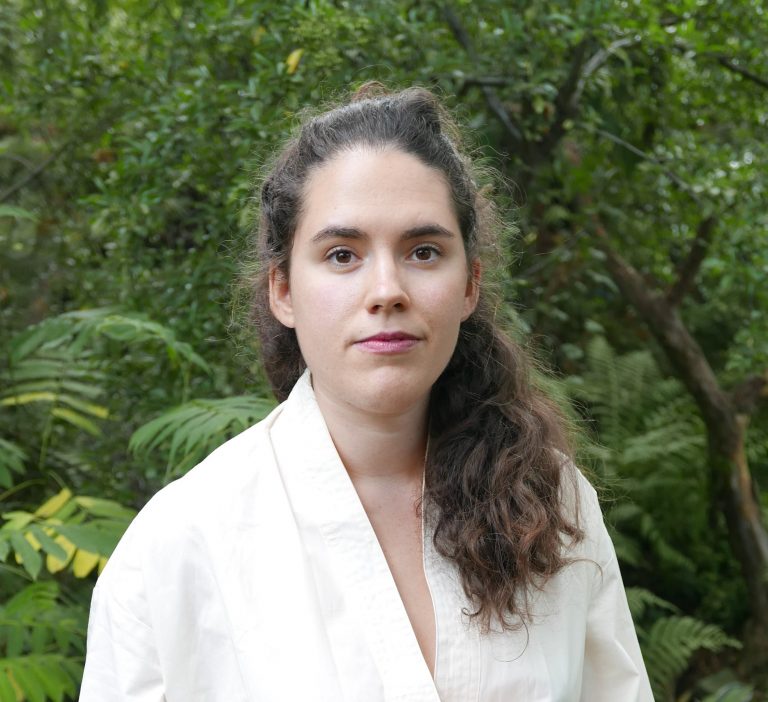 In my research project, conducted as a part of the “German-Jewish Heritage Relocated,” I focus on the fate of books stemming from the Hochschule für die Wissenschaft des Judentums that were incorporated into the holdings of the Jewish National and University Library in Jerusalem (JNUL; today, National Library of Israel) after 1945.

In the immediate postwar period, the JNUL was one of the major recipients of the Nazi-looted Jewish libraries and archives, serving as the representative of the vast majority of the Yishuv’s (and later Israel’s) Jewish communities and cultural institutions in the restitution negotiations. It is estimated that the library received about half a million volumes from Europe, including hundreds of thousands of books of German-Jewish provenance, among them the book collections belonging to the Hochschule that were discovered after the war in Czechoslovakia. Against that background, in my research project I explore the transfer of the Hochschule books to Jerusalem from Prague, and their subsequent redistribution in Israel.

Relying entirely on the examination of mostly hitherto unknown primary sources, I seek to shed light on the management of the Hochschule’s cultural legacy by the Jerusalem library, and to discuss the conditions that influenced the fate of the institute’s books and the development of German-Jewish cultural heritage more broadly in Israel after the Holocaust. The project seeks to contribute to the postwar historiography of the Hochschule’s library, of the JNUL, and more generally, to the cultural historiography of the State of Israel and its hidden and often contested German-Jewish traditions. 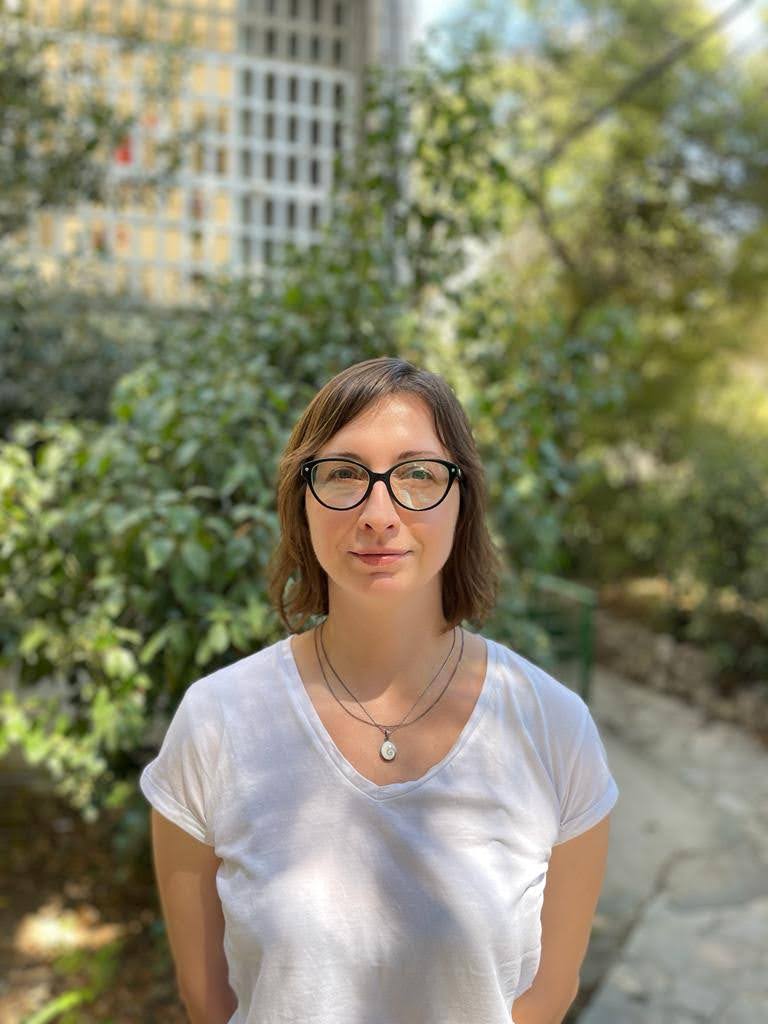 Books and Stories: The Meanings of the Library of the Leo Baeck Institute Jerusalem
The library of the Leo Baeck Institute Jerusalem is full of stories. Books, orphaned by the Nazis, speak of their original owners. Dog ears speak of the interest that a sentence sparked in a reader long ago. The fact that leaflets by prewar Jewish welfare organizations, the Collected Works of Goethe, and a hectographed issue of poems published by Peter Freund share the same shelf suggests that this collection has developed its own, very distinct intellectual profile. This highly idiosyncratic collection takes center stage in my dissertation project.
Founded in 1955, the Leo Baeck Institute Jerusalem was one of the recipients in the circulation of books organized by the Jewish National and University Library (JNUL). Complementing Holzer-Kawalko’s research on the JNUL, I will examine what happened after the books had been passed from hand to hand and ended up on the shelves of LBI Jerusalem. Preliminary observations suggest that the incorporation of the books salvaged in Europe left an unmistakable imprint on the collection. This impression is especially striking in the case of the books once owned by the Hochschule für die Wissenschaft des Judentums, because they remind us of the prehistory of the Leo Baeck Institute, resulting in a situation in which the character of the collection itself is open to debate: Is it a research library as intended by founders and staff, or is it not rather the late manifestation of the early idea of a memorial library to German Jewry? To analyze this intriguing collection, I will apply an object-based approach that will utilize the books and the material traces inside them as primary sources.