In my lecture, I presented the appearance of the Jewish name in Georges Perec’s oeuvre. Perec (1936-1982) was a French-Jewish author, a WWII orphan who had lost his mother in Auschwitz to become an enfant caché (hidden child). He would later become one of the most highly valued authors in 20th-century France.

In his work, Perec highlights the Jewish name as a densely packed body of knowledge that encodes complex traditions together with the traces of historical circumstances of refugee-hood and migration, which require physical concealment and linguistic encryption. This “Semite” body of knowledge challenges the nation state’s conceptual frameworks of property and territorial belonging. The lecture included a review of traditional, ancient sources addressing the encoding of the human name (Mishnah 10) and etymologies and exegeses related to the Jewish God in the Kabbalah (on which Perec writes himself). Next to these, I presented comments by modern authors such as Walter Benjamin, Joseph Roth, and S. Y. Agnon on the question of the Jewish name, discussing duplication, the questioning of origins, secrets and encryption.

For Perec, the hidden letter lies at the heart of the secret, of knowledge and of meaning – both in the most cryptic Midrashic sense, which he associates with issues of creativity and writing, and in the historical sense. He refers to it as the lettre cachée, which is thereby related to the enfant caché, who knows he must conceal his name. Thus, the instances of the Jewish name appear between revelation and concealment, as a migratory phenomenon shedding light on traditional etymologies and vice versa: the migrant and refugee’s acting on language is illuminated as an enigmatic act essential for all culture, and particularly the absorbing society.

God’s name is inexpressible, but includes matres lectionis (consonants doubling as vowels) and a process of becoming that shed light on the complex relations between language and Creation (Hillel Ben-Sasson, 2019; Scholem, 1973). In my study, I address the following question: Does the Jewish name, as appearing in modern Jewish literature, treasure a similar potential? How do the name traditions reappear in the writings of modern Jewish authors in paradoxical ways, out of displacement and de-religionized (secularized)? Is thus, paradoxically, by way of the “pile of tradition” (Shahar, 2014), the heritage of Jewish thought transferred through modern literature and philosophy in a new form?

The study of Perec in the context of Jewish literature is still in its infancy. It is difficult to read between and within the French words the remnants of Hebrew, Yiddish and Polish (and following its deconstructions in the discussion of his ancient family name Peretz – also of Arabic and Aramaic). These are “derived” (dérivé) and intertwined in his oeuvre in sophisticated and mysterious ways.

Therefore, the discussion in the research group was highly productive for me, as the group thinks the multiplicity of languages that Jews act upon. They often do so out of a “converted”, “concealed” and “converso-like” actions. Accordingly, I found it fascinating to present to the group members the findings of my ongoing work.

“My family name is Peretz… In Hebrew it means ‘hole’… in Hungarian… Bertzel… Bertz… like Baruch or Berech, derived from the same root as Peretz – in Arabic, and maybe also in Hebrew, B and P are interchangeable (p. 42). 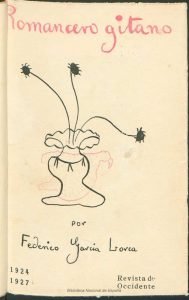 PrevNext ArticleReview of a Sephardic version of the Dance of Death in a Jewish Tradition (Ms. Parma 2666)
Previous Article“Ta‘ish al-Republique!” On Judeo-Arabic political writingNext