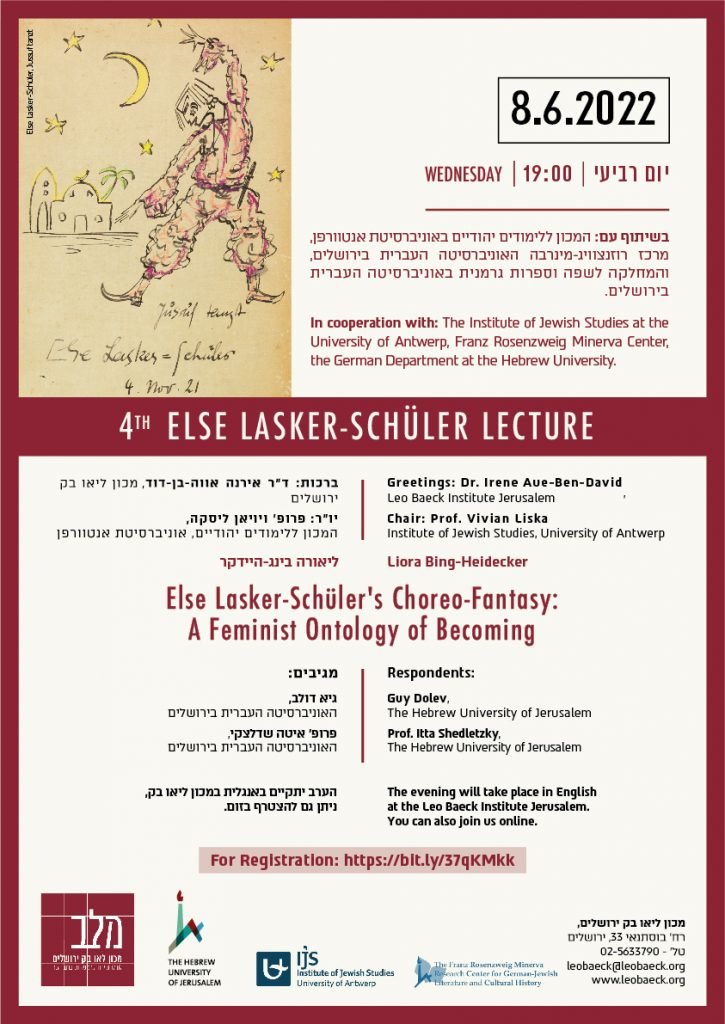 The German-Jewish Avant-garde poet, Else Lasker-Schüler, is renowned for her feminist outlook and for her vacillating gendered identity. The latter is deeply embedded in her prose and poetry, and is epitomized in her depictions of Yussuf (prince of Thebes) and Tino (a princess from Baghdad), two literary alter-egos she invented early in her career, and whose names she used as pseudonyms throughout her life. While Yussuf demonstrates feminine features and Tino – masculine ones, Lasker-Schüler further complicated matters by situating these characters in an imagined intersection between Judaism and Islam, where their cultural-religious kinship is intertwined.

The resulting cobweb presents the reader with a fascinating entanglement, in which the author’s actual body, flesh, and blood, play a major part in her struggle to escape the patriarchal yoke. What Liora Bing Heidecker terms as Else Lasker-Schüler’s “Choreo-Fantasy”, namely the elaborate “dance” that evolves out of her endless struggle for emancipation, will be traced through cultural, ethnic, religious, and gendered perspectives as a bold feminist feud.