In Hitler’s Munich: Jews, the Revolution, and the Rise of Nazism By Prof. Michael Brenner 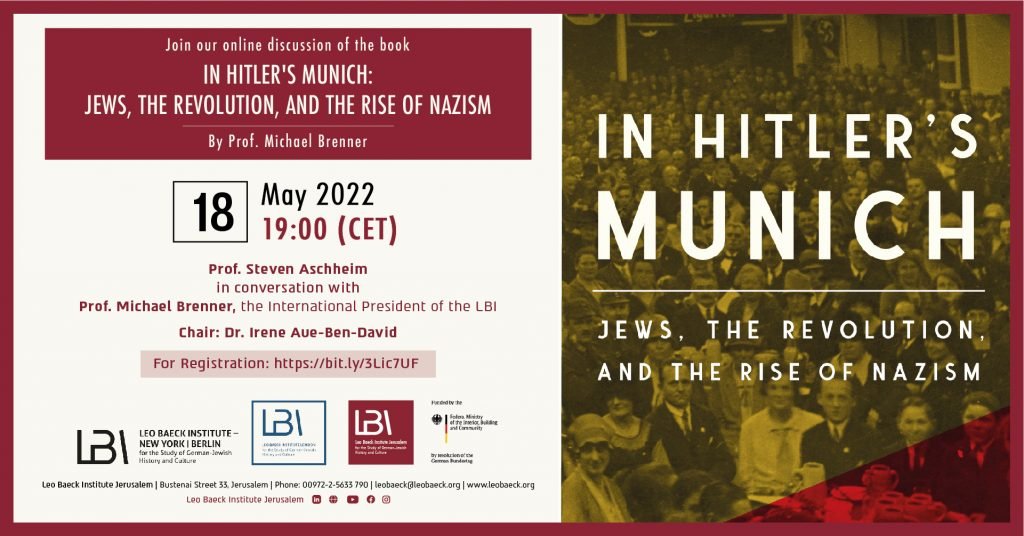 Join us for the online book launch of

In Hitler’s Munich: Jews, the Revolution, and the Rise of Nazism

In the aftermath of Germany’s defeat in World War I and the failed November Revolution of 1918–19, the conservative government of Bavaria identified Jews with left-wing radicalism. Munich became a hotbed of right-wing extremism, with synagogues under attack and Jews physically assaulted in the streets. It was here that Adolf Hitler established the Nazi movement and developed his antisemitic ideas. Michael Brenner provides a gripping account of how Bavaria’s capital city became the testing ground for Nazism and the Final Solution.

In an electrifying narrative that takes readers from Hitler’s return to Munich following the armistice to his calamitous Beer Hall Putsch in 1923, Brenner demonstrates why the city’s transformation is crucial for understanding the Nazi era and the tragedy of the Holocaust. Brenner describes how Hitler and his followers terrorized Munich’s Jews and were aided by politicians, judges, police, and ordinary residents. He shows how the city’s Jews responded to the antisemitic backlash in many different ways—by declaring their loyalty to the state, by avoiding public life, or by abandoning the city altogether.