Israelis in Berlin: The Secret of Berlin’s Fascination for Israelis, and how they Deal with its Past 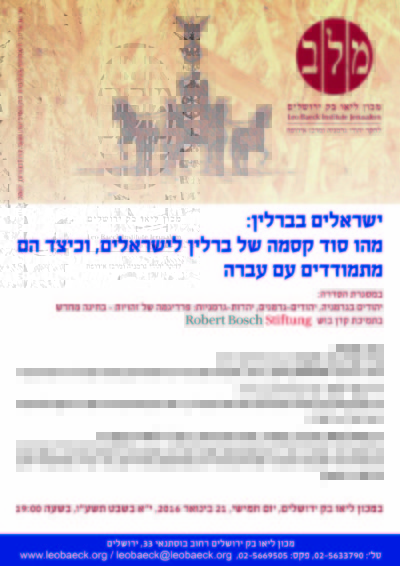 Part of the series:

Jews in Germany, German-Jews, Judaism-Germanism: A Paradigm of Identities – a Reevaluation with the support of the Robert Bosch Stiftung

Author of the book Israelis, Berlin (2001), which placed the issue of Israelis in Germany on the public agenda

The Cultural Aspects of the Israeli presence in Berlin. It’s relationship with German Culture, and ties to German-Israeli culture

On the exhibition Return to Berlin displayed at Herzlia Museum in 2014, which includes individual and collective exhibitions of Israeli artists and curators whose work is influenced by their sojourn in the city of Berlin and their confrontation with its charged past